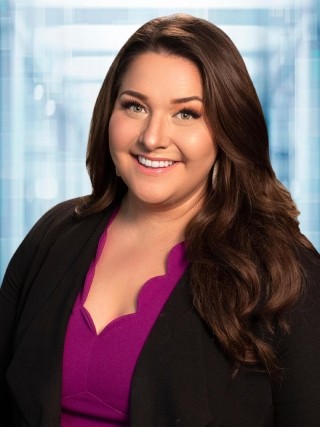 Sarah Jacobsen co-anchors CBS2 News This Morning with Deni Hawkins weekdays from 5-7 a.m. She has been with CBS2 since September of 2017 and has worked in several different positions at the station during her time here, including weekend anchor, weather anchor and reporter.

Sarah is in her last year of training as a meteorologist through the nationally recognized Mississippi State University Atmospheric Sciences program. She plans to earn her meteorology and NWA certification in August of 2022.

Along with anchoring duties, she also leads our Leaders in Learning segment and Five Minute Finance Segment for CBS 2.

Sarah joined the CBS 2 News team from KLEW- TV in Lewiston where she started her career in 2016 as an executive producer/anchor fill-in weather anchor and fill-in sports director.

She graduated from the University of Idaho in 2015, studying broadcasting and digital media in the College of Journalism and Mass Media with a minor in business and economics. During her time at UI, she reported and produced for Inside the Vandals, a student-run sports program. She was also a host and reporter for “Mostly Moscow News” and interned for Idaho Public Radio.